A few decades ago, when I rode a bicycle everywhere, in every kind of weather, I remember going to the liquor store when it was about minus 20, and I had a ski mask on. I was slightly annoyed when I was asked to remove it, but complied with a smile, because I fully understood the reason for removal (Hint: it had something to do with security).

These days, when I see a woman of Middle-Eastern descent wearing a head-scarf (or hijab, as shown below), I get the same feeling as when I see a Jew wearing a yarmulke, a Sikh wearing a turban, or a Christian wearing a cross. Some small part of me rejoices in the possibility that maybe that person is a bit less of a crass materialist than I am. And I’m also reminded that the Muslim, Jew, and Christian are all allied with each other as members of an “Abrahamic religion” (ie, the Old Testament, the New Testament, and the Koran have quite a bit more in common than most people know about, including a veneration of the such prophets as Abraham and Jesus).

However, when I first saw a woman in a niqab dutifully shuffling along behind her husband, a shiver went down my spine, and my eyes spat out daggers at the ignorant oaf who forced his wife to wear such an abomination.

Not long after that, I went to Wikipedia to see if Mohammed’s wife would have worn a niqab. It tells us that: “According to the majority of Muslim scholars and Islamic schools of thought, the niqab is not a requirement of Islam.” That’s good enough for me.

I also remember doing an internet search on this subject a few years ago, and found one source who said that the origin of full face coverings likely came about in societies where the rule of law was absent, and where the strong could simply grab another person’s property if the strong wanted that property. And, of course, in some patriarchal societies, women were property, and thus their beauty needed to be somehow hidden from sight. I can’t find that source any more, so if anyone knows of it, please comment below.

I find it deeply disturbing that some of the people who most vigorously defend the niqab are professed feminists. What has the world come to?

So let me state the obvious: there is no slippery slope. We, as an advanced Western Society, can state that there is a clear dividing line between the hijab and the niqab. The former is a commendable statement similar to a yarmulke or a cross. The latter is sheer idiocy and a potential security risk to boot.

First, let me state that I’m not a fan of Rachel Notley or Joe Ceci. I’ve always voted either NDP or Green, but I was hoping that Notley and the gang would behave more like Roy Romanow (fiscally responsible NDP premier), and less like Bob Rae (spending like a drunken sailor NDP premier).

So, what to do about the carbon tax? First of all, we must recognize that climate change has been studied since 1824, when Joseph Fourier presented his essay on the greenhouse effect to the Academie Royale des Sciences in Paris. (If you think it’s a hoax, then present your evidence; my email address is below).

Second, we must admit that Norway is smarter than us. They literally have a trillion dollars in the bank (that’s about a quarter of a million dollars for every man, woman and child in the country). Unlike us Albertans, they invested their oil revenues instead of pissing them away.

And finally, we must do something about it. I suggest that we double…no wait, quadruple the carbon tax (which would add about 25 cents to a litre of gas*). But before that, we have to have a Constitutional Amendment that every single cent of it has to go into the Heritage Trust Fund. And then, we have to have another Constitutional Amendment that only the interest from the Fund can be used; the principal cannot be touched…ever…especially by clowns like Notley and Ceci (I’ll also give Idiot Awards to Redford, Stelmach, Klein, and Getty, since Peter Lougheed is the only real hero in this story).

*Perhaps we should exempt purple gas, since farmers put food on our table, and they generally have a valid need to drive longer distances than the rest of us.

Then, maybe in fifty years or so, our children and grandchildren might put in a good word or two for us, instead of pissing on our graves.

If you agree with the need for a substantial carbon tax linked to a Heritage Trust Fund that politicians won’t be able to screw around with, please consider sending Rachel Notley an email:
email link:Rachel Notley
If you want, simply copy and paste the following message into the email.

As a proud Albertan who is ashamed of the fact that the Heritage Trust Fund has been ignored and/or pillaged for decades (at $17 billion, it is only about 1/70th the size of Norway’s trust fund), I implore you to introduce a motion into the legislature to make a couple of constitutional amendments. The first amendment would see every penny of the carbon tax put into the fund. And the second amendment would make it so that only the interest that the fund generates would be accessible to Albertans (ie, the principal would be untouchable in perpetuity). If this were to happen, I would be happy if the carbon tax were doubled or quadrupled.
Oh yeah, and please tell Joe Ceci to quit spending like a drunken sailor.
Sincerely,

Good idea? Bad idea? If you have any feedback for me and any other readers who might happen upon this page, just give me a shout:

David Rosenberg, in the Saturday Globe and Mail, pointed out that Trump is “juggling way too many balls at the same time” and ignoring the most important one. The most important one relates to the fact that the average American is a few bricks short of a load when it comes to math and science, while the average Chinese is on top.

So if Trump (who ranks right down there with Warren G. Harding when it comes to intelligence), wants to mess with China, perhaps he should start with the U.S. public school system. And if he wants to help all the underemployed in the Rust Belt deal with the automated assembly lines that have taken away their jobs, perhaps he should, yeah, once again, start with the U.S. public school system. 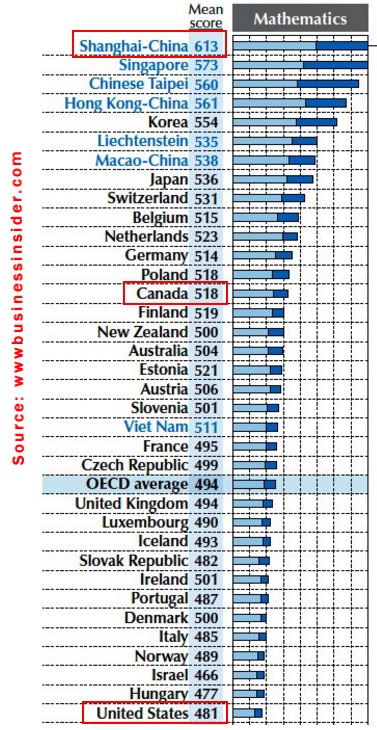 I had gone through several decades of life seeing aboriginal Canadians either as inspiring cultural and spiritual icons (eg, characters in Carlos Castenada books)…

…or as unfortunate victims in northern hovels with non-existent insulation and undrinkable water.

So, knowing that the former impression is sometimes realistic (see Wikipedia entry on the “Native American Church”), and that the latter impression is often realistic, I decided (like the bored middle-class white guy that I am) to Google something. But what?

I had always wondered why so many reserves seemed to have been neglected, and I suspected that the situation wasn’t that much different than the neglect we often see in rental units in any typical Canadian town or city. The people don’t own their home, so they rely on an absentee landlord to fix things and improve things.

So I googled “canadian indian act” and “land ownership”. What I found was a lively debate between some folks (notably Tom Flanagan of previous Reform Party fame) who would like to see First Nations people be able to own their own land, and some other folks (often in reply to Flanagan’s 2010 book on the subject) who think that communal non-ownership and (implicitly) throwing more money at the status quo will somehow solve the issues.

The Perfect is the Enemy of the Good comes to mind. And I wonder if any kind of Shangri-la is possible in those isolated reserves where economic opportunities are next to nil. And it should be noted that the Nisgaa of B.C. have already tried Flanagan’s approach on a few individual lots, and they seem to like it.

One person who doesn’t like it is Pamela Palmeter, a Mi’kmaq lawyer based in Toronto, who wrote a critical review of Flanagan’s book here.  She praises the traditional notion of communal ownership. However it is something which tends not to work very well in a global culture of individualism. And even if communitarianism (something I’m a HUGE fan of) was to somehow overturn the current paradigm of global greed, it would still need localized, private ownership and a stable economic base.

Palmeter is also concerned about the possibility of private lots on reserves gradually being sold to non-natives. Perhaps that is a valid concern (and I’m not a big fan of casinos anywhere, let alone on reserves), but such a concern pales in comparison to what is happening on far too many reserves in the 21st century. 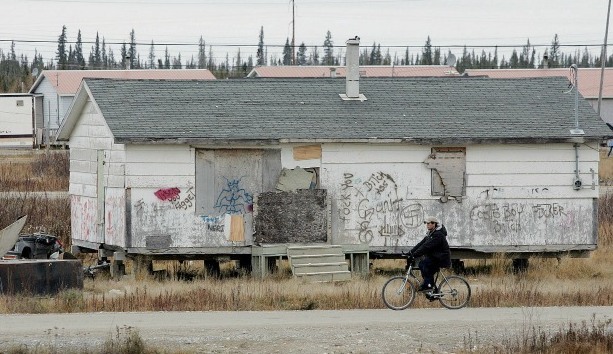 So we’re all weeping and moaning (or celebrating) about the fact that the price of oil is only lately in the $50 range. At that price, we’ll never make a buck! Right?

Except for the fact that for most of the last century, oil was priced way below $50.  Have a look at the graph below.

Now quit bellyaching. ‘Cause if we had only invested our oil wealth like Peter Lougheed advised us to (and like Norway actually did), we’d be in fine shape now.

But it seems that now we can’t even make a decent living (never mind that pie-in-the-sky stuff about saving a bit for a rainy day).  So what gives? Certainly we should still be making out like King Midas, right?

OK, have a look at another graph, and then put 2 and 2 together.

What do we do now? Well, the first step is admitting that we have a problem. The second step is filling our brain with useful information, not useless information (so quit spending all your time on facebook!).  Here’s some useful information: The Future of the Canadian Oil Sands